GOD IS THE ULTIMATE AUTHORITY

If not for God’s word, I would be in despair over the changes that are so quickly transforming our country from a nation founded on the principles of the Word of God to a nation that is more readily identified as the devil’s playground.  More and more often, professing Christians are going to have to choose whether to “obey God rather than men.”  Their choices will reveal those who are truly committed to serving the Lord
Acts 5:29 “…We ought to obey God rather than men.”

Jesus very clearly identified the commandments by which we are to live.

Mark 10:18–19 “And Jesus said…Thou knowest the commandments, Do not commit adultery, Do not kill, Do not steal, Do not bear false witness, Defraud not, Honour thy father and mother.”

As we look at each command recorded in the above verses, one can very easily see that our nation as a whole is characterized as having no respect for God.

·      Adultery is commonplace and no longer carries the stigma it did just a few decades ago.
·      Over 57,000,000 babies have been killed since the passage of Roe vs. Wade in 1973.
·      Though theft is still recognized as a crime, it has become part and parcel of the way we do business using the mantra, “The ends justify the means.”  Our own government is stealing our freedoms one by one by choosing to pass bills that haven’t even read and have been crafted in secret as they move forward hidden agendas and seek to establish a new world order.
·      A man’s word is no longer recognized as trustworthy.  Witnesses can be bought and reputations destroyed if the price is right—just look at all the gossip tabloids that dominate the checkout lines at the grocery stores and Walmart.
·      To defraud someone is to deceive them in order to swindle, cheat, or embezzle from them.  It falls right into the same category as stealing.
·      All you have to do is spend a little time out and about to find that many children have no respect for their parents.  Parents are often to blame for this behavior because of overindulgence, lack of consistent discipline and/or setting a bad example.

I think that the government-mandated destruction of the nuclear family as established by God is the death knell for our nation and that judgment will soon follow (and I believe has already begun).

Mark 10:6–8 “But from the beginning of the creation God made them male and female. For this cause shall a man leave his father and mother, and cleave to his wife; And they twain shall be one flesh: so then they are no more twain, but one flesh.”

With its recent decision legalizing same sex marriage, the Supreme Court has once again basically “spit in the face of God.”  In The History of the Decline and Fall of the Roman Empire, Edward Gibbons listed eight main reasons for its fall; but first on the list was a decline in its morals and values.  It is only through recognizing God as our Creator and the One with authority over His creation that one can establish a true basis for morality and truth.  Without that foundational belief there is no true standard for determining what is right and wrong.  Every man would have the right to determine his own moral values and his own truth.  It basically recognizes the “law of the jungle” and survival of the strongest and most powerful.

To love “the Lord thy God” with all of one’s heart, soul, mind and strength is to acknowledge God as the ruling authority in one’s life.  He has given us His word to provide a foundation upon which we can determine right from wrong and know how to show our love to Him through obedience.  To  “love thy neighbor as thyself” is to act toward others in the same way we would want others to act toward us.

God has also commanded us to “believe on the name of His Son Jesus Christ” and “love one another as He gave us commandment.”

1 John 3:23 “And this is his commandment, That we should believe on the name of his Son Jesus Christ, and love one another, as he gave us commandment.”

To believe on the name of Jesus Christ, the Son of God, is to accept the gift of salvation provided for us through His death, burial and resurrection.  It is to acknowledge that Jesus is the very Son of God and is the only way through which one can expect to enjoy eternal life in the presence of God.

Acts 4:10–12 “Be it known unto you all, and to all the people of Israel, that by the name of Jesus Christ of Nazareth, whom ye crucified, whom God raised from the dead….for there is none other name under heaven given among men, whereby we must be saved.”

Scripture is clear in revealing that there is a time coming in which Satan will be acknowledged as the God of this world.  That is why I am not in despair as it appears that he is gaining the upper hand.  Scripture also reveals that though he will be allowed his time of ultimate control so to speak, but it will only last for 3.5 years.  At the end of that time, the Lord Jesus will return in all His glory to destroy Satan and his armies.  He will establish His kingdom and rule from the throne of David with absolute authority over the whole world for 1,000 years.  Satan will then be allowed one more opportunity to gather an army of followers in an attempt to overthrow Jesus—and much to my amazement, after 1,000 years of righteous rule, he will be able to gather a great army.  God will destroy this army with fire from heaven and cast Satan into hell.  After this, the Lord will declare judgment regarding the eternal future of all the dead, every individual that has rejected Jesus as Lord and Savior.

This is just a short summary of what I believe is biblical truth.  If you want to know more, feel free to check out my journal on Revelation at www.momsbiblejournal.com.

I truly hope and believe that the return of the Lord to take His saints home will happen soon.  Until that time, no matter how difficult times become, I choose to echo the words of Paul in his letter to the Corinthians and pray for God’s empowerment to live it out.

2 Corinthians 4:8–10 “We are troubled on every side, yet not distressed; we are perplexed, but not in despair; Persecuted, but not forsaken; cast down, but not destroyed; Always bearing about in the body the dying of the Lord Jesus, that the life also of Jesus might be made manifest in our body.”
Posted by Sharon at 1:11 PM No comments: Links to this post

I just got back from a family get together at my son's home.  We took a trip to the St. Louis Zoo, and my husband got some wonderful pictures of some of the very unique creatures of God's creation.  How anyone can look at the beautiful designs, colors and variety and think that they just accidentally "evolved" onto the scene is beyond my comprehension.  They clearly testify to the work of a great and awesome Creator!  Below are just a few of my favorites.  Click on the pictures for a large view. 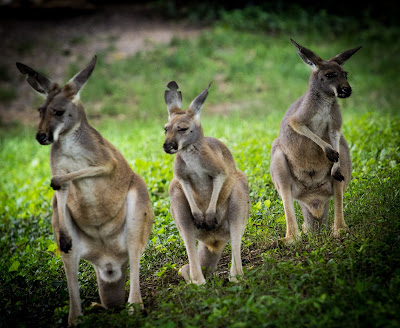 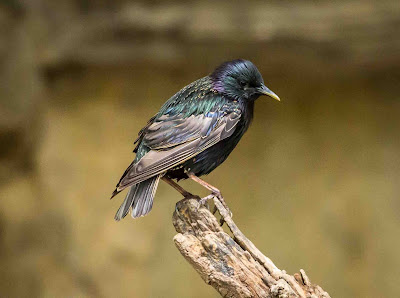 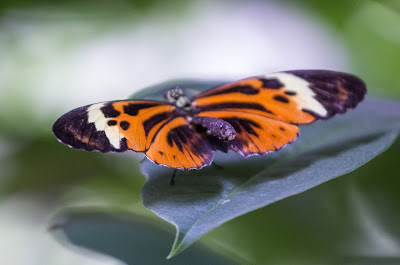 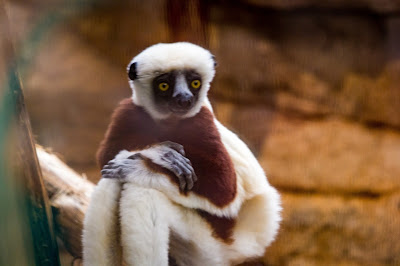 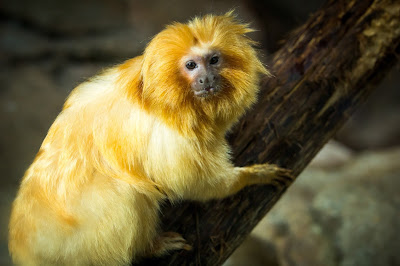 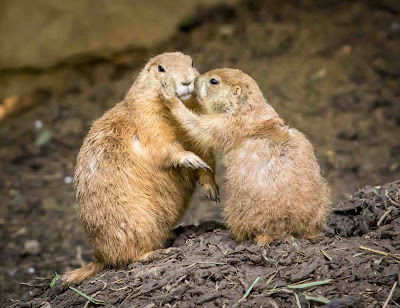 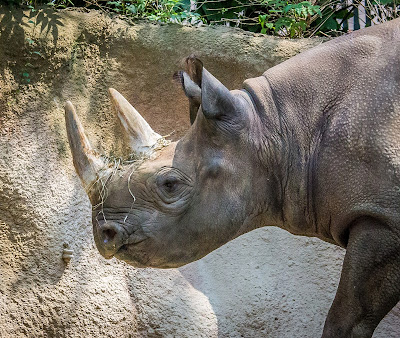 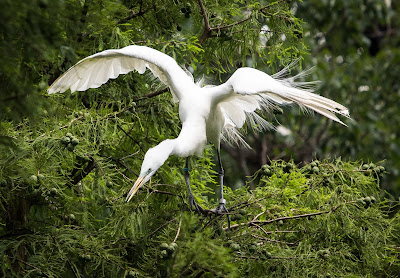 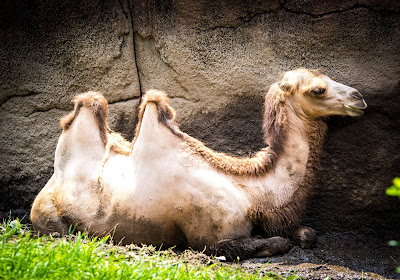 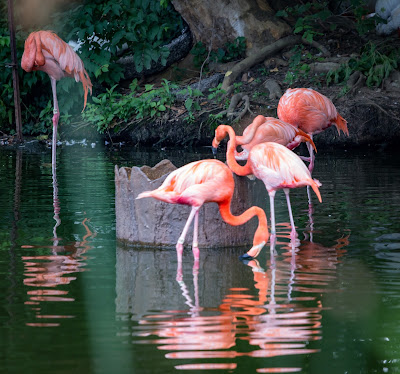 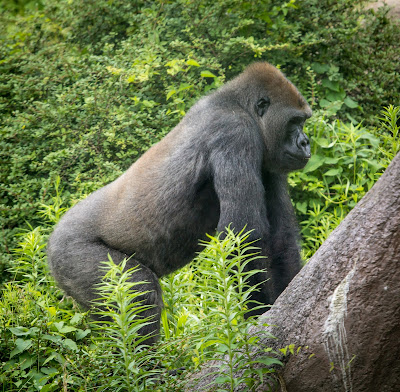 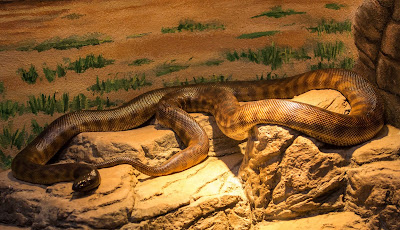 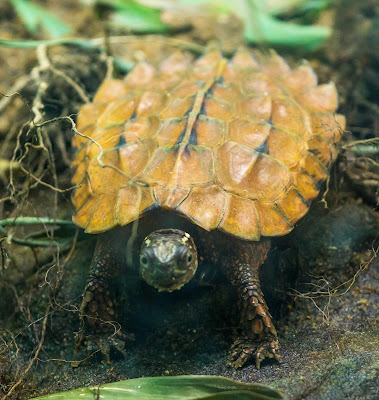 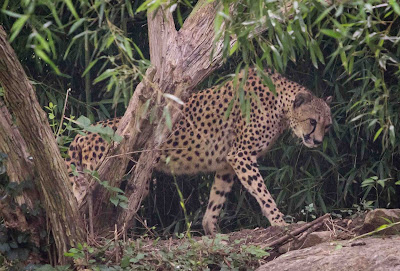 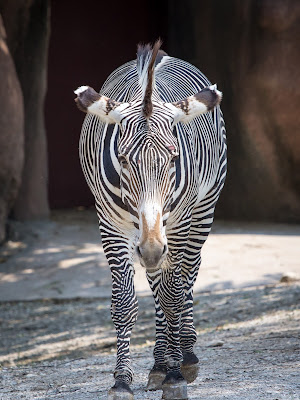 Posted by Sharon at 10:36 AM No comments: Links to this post

The land of the free
The home of the brave
Our anthem loudly proclaims.

I wonder how long
We’ll be able to sing
These words as a truthful refrain.

In God do we trust
Our motto declares
And for this, our nation was blessed.

But faith now is scorned
And His Word so misused
That His children are being oppressed.

Unless we repent
Turning back to our roots
God’s judgment will soon be unleashed.

My heart’s overwhelmed
With sadness and grief
In light of the plight of our nation.

But I cling to the hope
Of a world at peace
And the promise of God’s salvation.

That hope can be yours
If you turn from your sin
To Jesus, the gift of God’s love.

He’s coming back soon
To gather His own
And take us to heaven above. 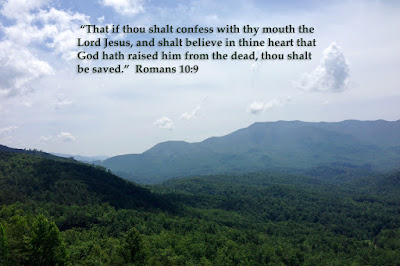 Posted by Sharon at 10:00 AM No comments: Links to this post